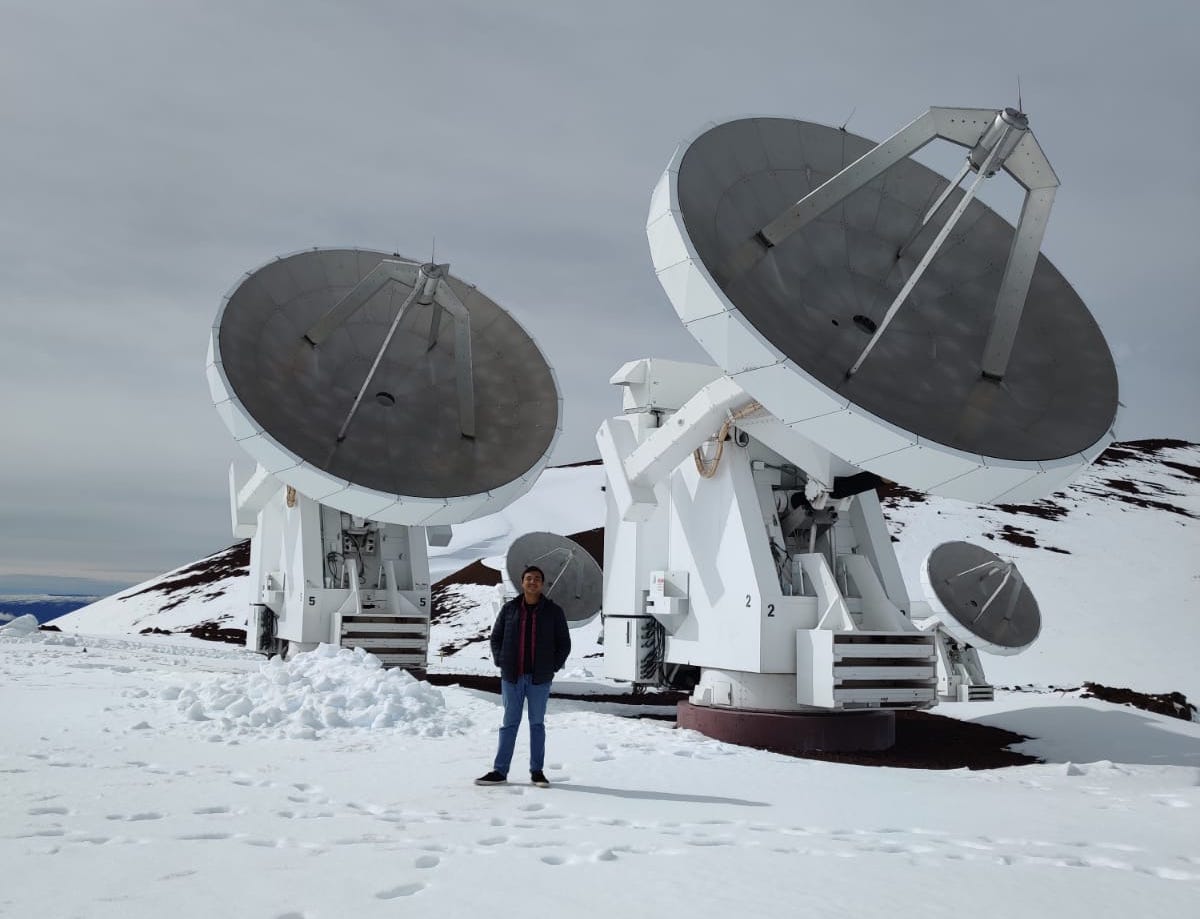 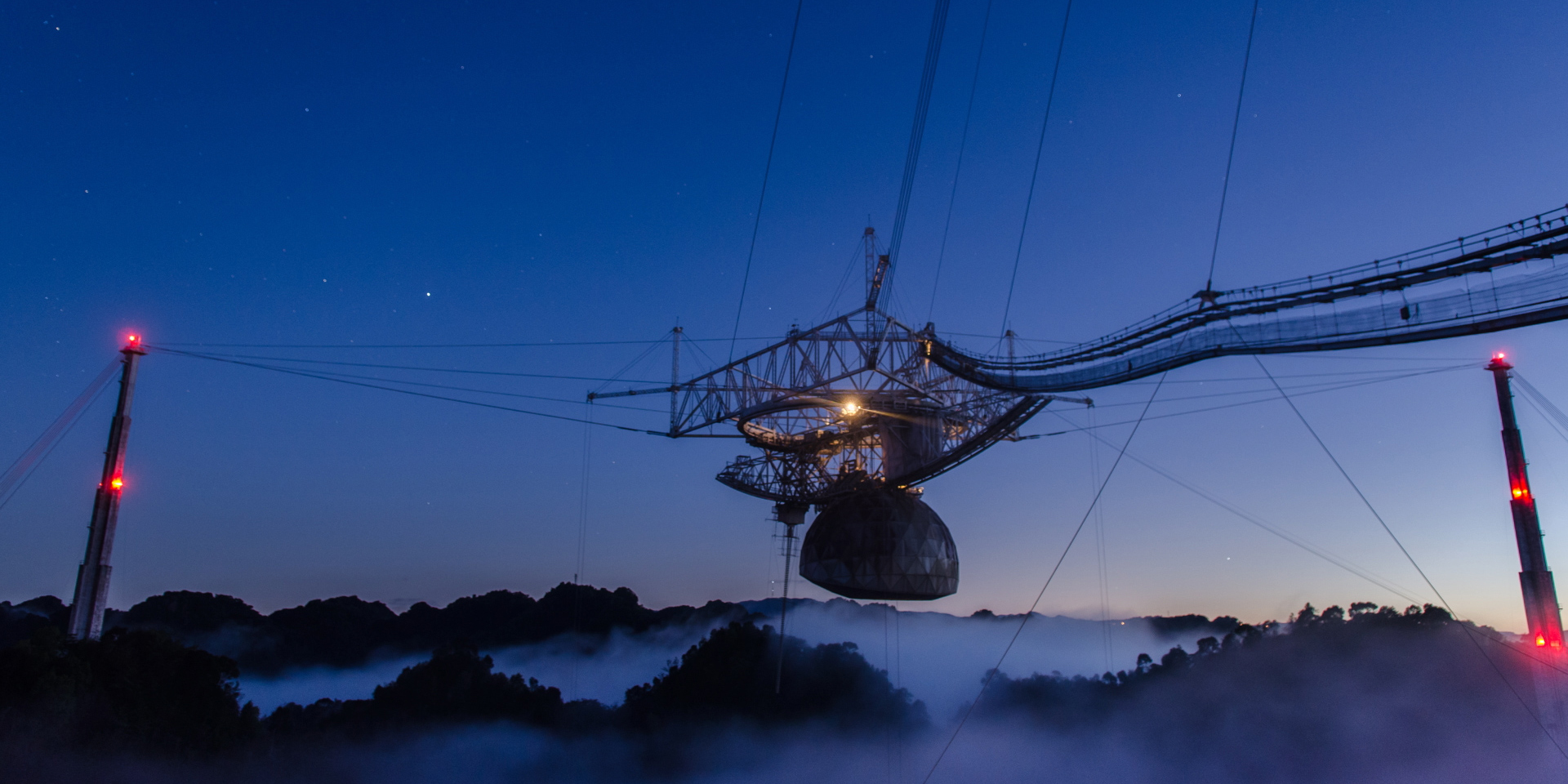 Arecibo REDS: The Stellar Activity of Stars with Potentially Habitable Planets
The stellar activity of red dwarf stars is of particular interest due to their potential to host habitable planets around them. These planets could experience atmospheric erosion and be rendered inhabitable if subject to frequent flaring activity; this activity is associated with detectable radio emissions. We exploit the sensitivity of the Arecibo Observatory radio telescope to observe nearby red dwarf stars with potentially habitable planets and study their flaring activity. As a member of Arecibo REDS, I plan observing sessions and carry them out on-site, and reduce and analyze data. You can read more about it here!

N-body Simulations of a Warm Jupiter Near Resonance with a Sub-Neptune
While very few hot Jupiters are known to have nearby planetary companions, warm Jupiters with nearby small planets are much more common. Our team found an interesting case of a warm Jupiter near resonance with an outer sub-Neptune. To further explore the behavior of this configuration, I am programming dynamical simulations of this system to test its stability and evolution. So far, I have found that the system can be stable within the known constraints set by Kepler and radial velocity data, but I rule out many configurations with high eccentricities (>0.15) or mutual inclinations (>5 degrees). Check out my presentation below to learn more!

Models of Data in Astronomical Interferometry
On April 10, 2019, the Event Horizon Telescope team released their groundbreaking image of the black hole Messier 87*. On what grounds do we conceive of this and other synthesized results of astronomical interferometry as legitimate ‘pictures’, and what does it mean to say we ‘saw’ the shadow of the black hole? In this project, I examine the tools and models modern philosophy can provide to examine this and other astronomical results obtained through interferometry. Particularly, I am constructing a data model for interferometric images, and exploring what recent work in the philosophy of perception and the philosophy of shadows can tell us to inform how to most faithfully communicate and present findings obtained through interferometry.

Radio OH Observations of the First Interstellar Comet 2I/Borisov
Comet 2I/Borisov was first observed September 8, 2019 and was quickly identified as originating from outside the Solar System due to its highly eccentric, hyperbolic orbit. This is the first interstellar comet to be discovered so far. Radio observations of comets have been successfully performed since 1973, when comet C/1973 E1 (Kohoutek) was observed in search of the hydroxyl (OH) radical in the comet’s coma; the OH radical is a photodissociation product of water and can be used to quantify the water production of the comet. Using the Arecibo Observatory, we observed 2I/Borisov over the course of its passage through the northern sky, looking for this same OH signal. Though the campaign resulted in a non-detection, our results are consistent with observations at other wavelengths, and future work includes obtaining upper limits on water production from our data. You can read more about it here! 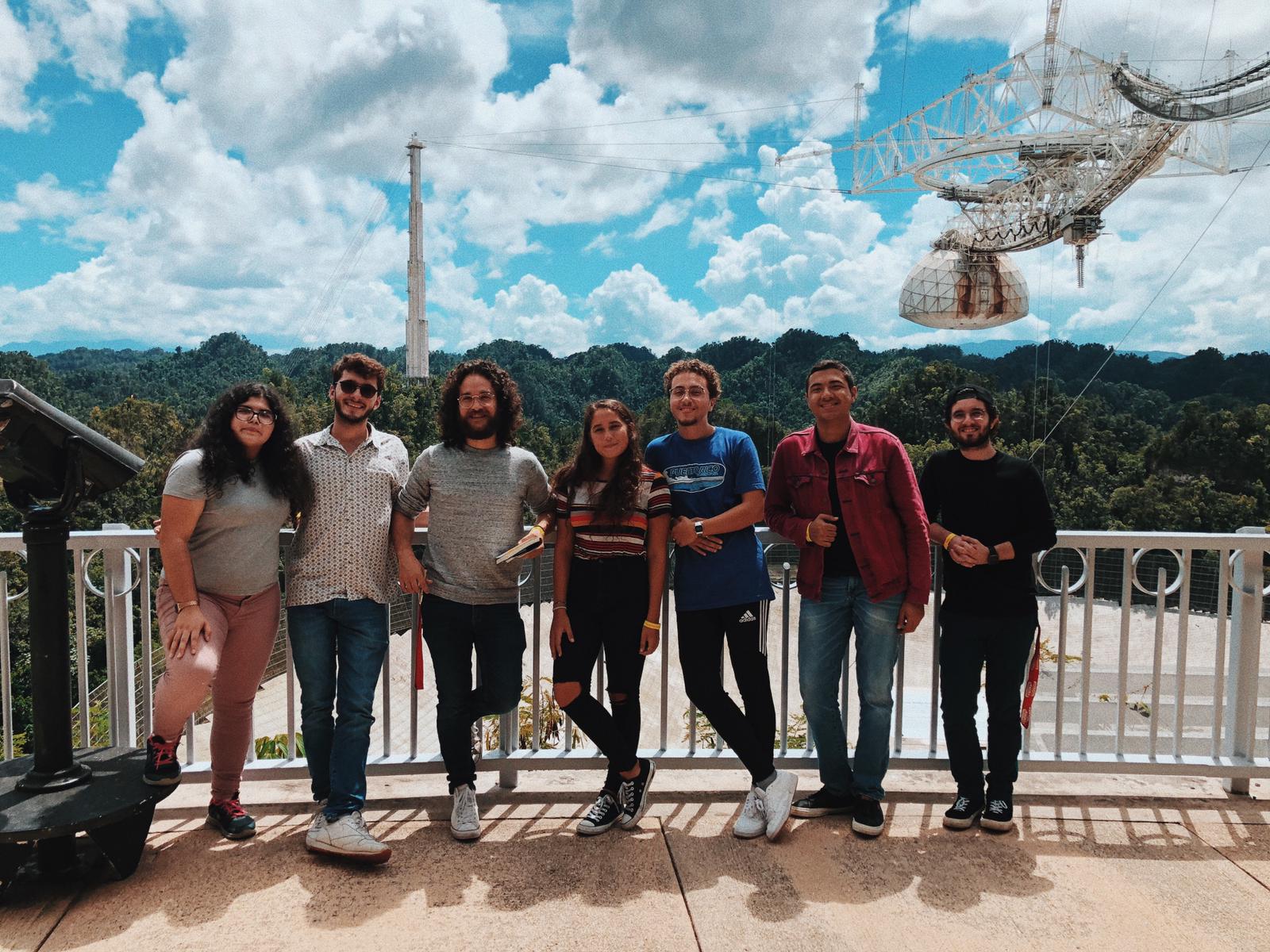 Circle of University Astrobiology
The Circle of University Astrobiology (CiAsU) at the University of Puerto Rico, Río Piedras Campus, is a student organization for both science and non-science majors interested in astrobiology. We host several projects at our campus such as micrometeorite hunts and campus flora geotagging, as well as activities such as talks by astrobiologists and our famous Quantum Poetry Night. As Vice President of CiAsU, I help organize the group and lead a project in which we are uncovering the history of the first ever astronomical observatory of Puerto Rico, which sits abandoned and which we hope to restore. Read more about this initiative here, and check us out on Facebook and Instagram!

Community Participation in PHL Observations
The Planetary Habitability Laboratory invites students and community members to participate in our observations at the Arecibo Observatory. As a PHL observer, I help bring interested people to our observations, offer them talks about our projects and the workings of the telescope, give them tours of the control room, and show them how the telescope is operated in real time. If you are in Puerto Rico and interested in participating, shoot me an email!

Puerto Rico Science Policy Action Network
The Puerto Rico Science Policy Action Network (PR-SPAN) is a coalition of Puerto Rican scientists who advocate for evidence-based policy at the local, state, and federal level. As a PR-SPAN Ambassador, I help edit and prepare the monthly PR-SPAN newsletter and contribute to advocating directly to policymakers. See some of our updates here!